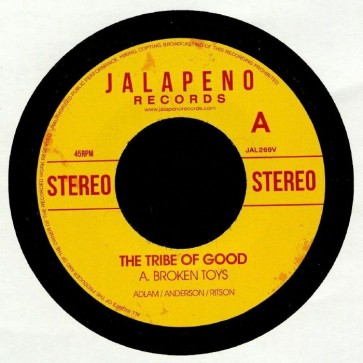 'Broken Toys' showcases the prodigious talent of Eshan Gopal and captures the essence of 70s soul and disco, yet it sparkles with more than enough retro-futurist fireworks to light up the pop horizon. Arranged and performed to perfection, this soulful track delivers feel good nostalgia and is elevated further by the young lead singer voice, which can only describe as the king of pop's second coming.

Carrying heartfelt messages about love, moving on and growing up, coupled with warm and uplifting instrumentation; 'Broken Toys' is a breath of fresh funk and soul without being marred by controversy. Its pure, exciting and enjoyable music for any age and The Tribe of Good have totally nailed down every element of this soul groove.

On the flip of the vinyl is a 'Percapella' which features these stunning vocals layered with a stripped down percussion backing. Offers a weapon clean enough to shake things up in your DJ mixes.

The Tribe of Good are the secret weapons behind your favourite chart hits. The super group steered by Grammy-nominated producer Hal Ritson (Chemical Brothers, Katy Perry, Duke Dumont, High Contrast) features an array of producers who have worked with the likes of Nas, Cee Lo, Taylor Swift, alongside a cast of musicians such as Basement Jaxx singer Vula Malinga and Jamiroquai guitarist Rob Harris to highlight a few. 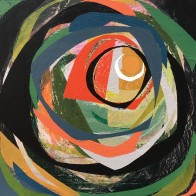 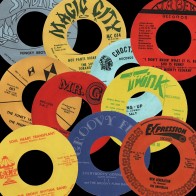