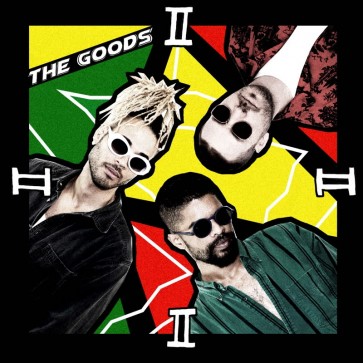 Musically and lyrically 'II' is about living in the moment. Each track harnesses the mood or vibration in the room at the time of its inception. The album features 20019's breakaway hit 'Let's Roll' featuring Touch Sensitive (Future Classic), a reminder that mood is about choice...if happiness is a state of mind then why not chose it? 'Last Chance' is an invitation to take life by the horns because, in these uncertain times, one can't take anything for granted. 'Voodoo' is that one flame, whose flaws you overlook because they got the mojo while 'Walking On Fire' is a nod to band's 80s heroes mixing the likes of Luther, D-Train, and Jam with a future club feel. 'Peach' is an anthem for sexual liberation & at the same time being a cheeky funk jam. 'Shots', the album single was born at a jam at Touch Sensitive's studio - Disco J rocks up a drum loop and turns it into a party! The Beastie Boys meets Marvin Gaye meet Anderson Paak in 'Cassandra' resulting from a hang with The Goods' friend Elliot Hammond of well known Australian band The Delta Riggs, while 'Tell Me' is a sexy late night joint for those nights on the prowl. 'Che Boog' is an ode to the sleazy funk of Parliament, Funkadelic and Prince , and lastly the Black Mirror inspired 'Supersonic' is a tale from a time-travelling consciousness stuck in a dystopian 2020.

Fuelled by their mutual love of hip hop & house music and its intersection with the soul, boogie and jazz they grew up on, producers and multi instrumentalists Badmandela (Jarrol Renaud) & Rosario (Ross Ferraro) formed The Goods and released their self-titled album in 2016, drawing on their wealth of experience as producers and session musicians, having cut their teeth with artists the likes of Mac Miller, Charli XCX, Sampa The Great, Omar, and more. The album attracted the attention of and ultimate signing to Bastard Jazz (NYC) and led to the addition of talented vocalist Black Tree (Adele, Ngaiire, Taku + Wafia). In 2017, they released their runaway single 'Make Your Move' which garnered radio support from Triple J and Fbi, with the accompanying video featured on Rage as 'Wild One' of the week. The 2018 EP of the same name yielded the break-out streaming hit 'Glow' and solidified the band's position as the foremost act in Sydney's emerging electronic soul scene. 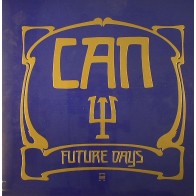 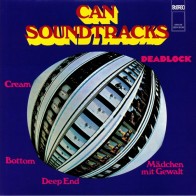