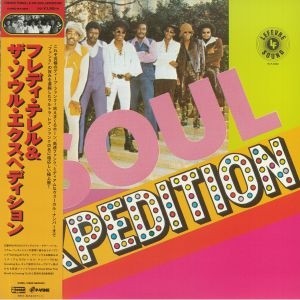 One of the rarest and finest independent funk albums ever made, the self-titled LP by Soul Expedition has remained elusive to even the most ardent funk fan and record collector. Nobody knows why the LP is such a rarity, especially when as many as 2000 copies were first pressed up back in 1971. Less than a handful of copies are known to exist today, so until now only a fortunate few have been able to witness what is a very powerful, raw and heavy funk sound, the likes of which is usually only pressed on 45.

Like many musicians of his time, band leader Freddie Terrell started his musical career in gospel, before moving on to the more adventurous and interesting music of R&B. In the ’60s he made his name as guitarist with Wilson Pickett for 3 years, before leaving to form Freddie Terrell and the Blue Rhythm Band with fellow guitarist Herman Hitson. Together they wrote the deep funk classic ‘Got That Will to Learn’ which was credited to Hitson and released as a 45 on Atco, and in 1969 they had some success with a 45 on Capitol called ‘You Had it Made’. But by then Freddie was getting itchy feet and was wanting to form a new band, ‘We were looking for soulful musicians, so it was like a ‘soul expedition’’. With that he formed the Soul Expedition band, using Ralph Favers and Eli Rivers from the Blue Rhythm Band, and other musicians recruited from friends and members of his local church in Atlanta, GA. Freddie feels that it was a natural progression to move into funk music, ‘Funk came from the gospel, but it’s more rhythmical and has a better feel to make people move’.

Soul Expedition was a professional working band, not just performing under their own name but also backing travelling musicians such as BB King and Tyrone Davis when they came to town. But recording was not on the agenda, and their album would never have come about but for the encouragement and assistance of a local pastor named Dr Stafford. He owned 3 churches, and many of the band members would spend their daytime hours teaching music to kids who attended the church school. In the evenings the band would get together to rehearse or perform with other local bands such as the Liberation Band (also known as Dr Feelgood & the Interns), at the Underground club in downtown Atlanta, which Dr Stafford also owned. He even provided the band with their own tour bus, which was used to travel to gigs in Chicago, Tennessee, Alabama and throughout south eastern USA.

When Dr Stafford announced that he was giving them the opportunity to record an album, they tightened up and practiced every day. The studio was in Atlanta and owned by Maurice LeFevre, who was also the engineer. He had the first 24 track studio in Georgia, built by Dan Flickinger. He also did custom label recordings for a set fee, and it was on his label that the LP was released.

This lovingly recreated reissue from P-Vine in Japan comes complete with full artwork and OBI and is a must buy for deep funk lovers. 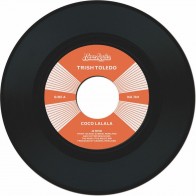 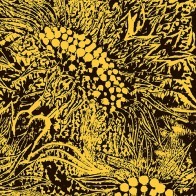 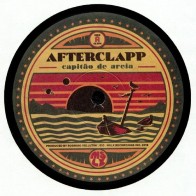 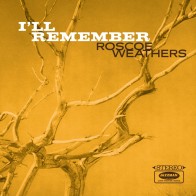