On The Corner provide the first taste of a landmark recording that the label embarked upon two years ago on the East African island archipelago of Zanzibar.

Pete On the Corner was consulting for the ambitious permaculture development of Fumba Town. The story of Siti Binti Saad, the mother of Taarab is rooted in Fumba. Pete joined the dots to shine new light on the pioneering life of Siti Binti Saad as the innovative town development took shape and looked to connect with the Island’s unique history at the centre of the Swahili world.

Whilst steering a recording project that would celebrate Siti Binti Saad’s legacy, Pete brought in producer Sam Jones and the pair met with filmmaker Andy Jones (who documented the life and work of the legendary Bi Kidude) who revealed that Siti Binti Saad had a great grand-daughter, Siti Muharam who led a very private life but had a ‘golden voice’. With music director Matona on board the scene was set to go beyond celebrating the singular legacy of a Swahili pioneer and find a new hero.

Siti Muharam has a golden timbre and on this 7” we get the first taste of her debut LP that will represent her great grandmother’s legacy for the next generations.

The 7” is two tracks which are at the furthest reaches of the LP project. The A-side is a Sam Jones Construct of 'Ashikibaya' (Ft. Tamar Collocutor) who find new frontiers of this Swahili jazz out across the Indian ocean pushing a cosmic Taarab on the trade winds. The flip is an instrumental affair with Matona driving the stunning ‘Mandira’.

This project came to life in a derelict studio in Zanzibar in February 2018 with the help of Fumba Town Development, Dhow Countries Music Academy, The British Council, Matona, Sam Jones and On The Corner. 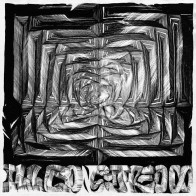