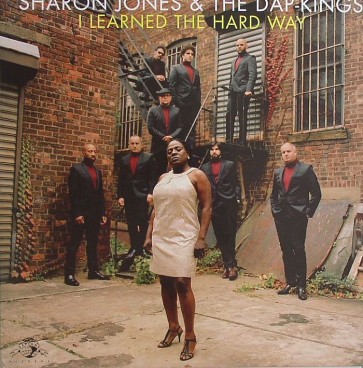 Sharon Jones and The Dap-Kings

I Learned the Hard Way

"I Learned The Hard Way" marks a bold step forward for a band who almost singlehandedly stewarded today’s return of soul music to its more traditional sound.

Produced by Bosco Mann and recorded on an Ampex eight-track tape machine by Gabriel Roth in Daptone Records’ House of Soul studios, the record drips with a warmth and spontaneity rarely found since the golden days of Muscle Shoals and Stax.

From the lush Philly-Soul fanfare that ushers in "The Game Gets Old" at the top of the record, to the stripped down Sam Cooke-style "Mama Don’t Like My Man" at the tail, the Dap-Kings dance seamlessly through both the most crafted and simple arrangements with subtlety and discipline.

"I Learned The Hard Way" is the Daptone sound at its finest.