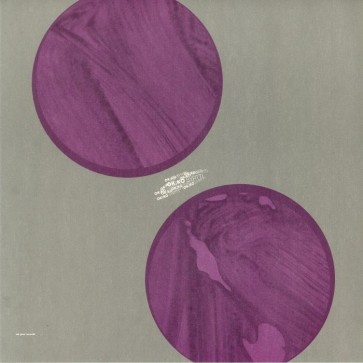 OK:KO is a fresh quartet from Helsinki led by drummer Okko Saastamoinen. The band's spiritual and searching sound is characterised by their highly personal musical language and genuine teamwork, honed by continuous touring in between the band's 2017 debut and their second album ‘Syrtti’.

The ensemble includes some of the most sought-after talents of the young generation of Finnish jazz. Soulful sax player Jarno Tikka continues his rise to the top after his strong effort on the previous We Jazz LP, ‘Alder Ego II’. Bassist Mikael Saastamoinen (no relation to Okko) is the current “rising star" of Helsinki's We Jazz Festival with his solo project Perussastamala, and while pianist Toomas Keski-Säntti may be the least known name here, he makes a strong mark with his thoughtful touch on the piano on several tracks on ‘Syrtti’.

The OK:KO band sound has its origins on the spiritual pool of jazz, historically speaking, but the band brings forth a strong personal musical statement thanks to Okko Saastamoinen's memorable compositions and each musician's ability to bring their own vocabulary into the common musical language. Already a live favourite on the local scene, on ‘Syrtti’ OK:KO shows that it's not a band of mere promise any longer – they deliver in the here and now.

Sonically, OK:KO invites the listener to discover several delicious little bits and pieces within the big picture. The opening track ‘Syrtti’ rolls out as a coltranesque large-canvas piece, but takes its space naturally and pivots into uncharted waters after the sax-led opening. A key work within the album, ‘Syrtti’ showcases the band at its best, taking chances and delivering the goods both in terms of the hook-laden composition and the improvisation within.

The first single ‘Soma’ is a catchy composition, where the track's DNA runs solid throughout while the focus switches from one instrument to the other, from layer to layer. It seems that the odd four minutes are plenty enough for OK:KO to build a sonic narrative which sticks with you long after the track has ended.

A distinguishable element on the album is OK:KO's strength in getting across their new musical ideas without rushing anything. It's a unique treat for such a young band (most members are in their early to mid-twenties), and also a testament to the solid touring schedule having paid off in the development of the OK:KO sound at large.