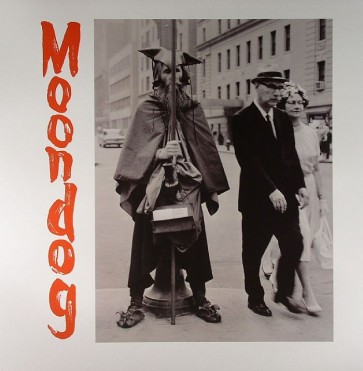 The Viking Of Sixth Avenue

Moondog learned rhythm from American Indians and counterpoint from J.S. Bach. Many of his recordings feature instruments he built himself: trimba, yukh, tuji, oo. Sometimes you can hear in the background the streets of New York, where Moondog often slept rough (even though blind, since an accident when he was 15).

Sometime in the 1950s, fed up with being mistaken on the street for Christ — his regular busking spot was uptown on Sixth — Moondog put on a Viking costume, with spear and horned helmet; and he dressed like this till the late 1970s (by which time he was working with orchestras in Germany).

Igor Stravinsky lobbied a judge on Moondog’s behalf. Charlie Parker wanted to play with him (Julie Andrews did play with him), and he was feted by Bob Dylan, Marlon Brando, Steve Reich. Andy Warhol’s mum designed one of his covers, and Weegee took photographs of him (included in the booklet). Janis Joplin covered him, Mr Scruff owes him badly, and Antony And The Johnsons does him live.

This is the first retrospective of Moondog’s music — thirty-six tracks from 1949 to 1995, most of them exceptionally rare and reissued now for the first time, all of them miraculous. 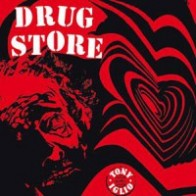 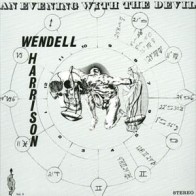