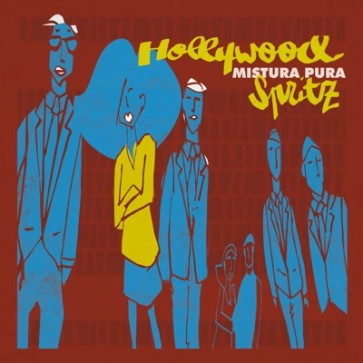 Hollywood Spritz is a soundtrack to a police television drama from the '70s that doesn't exist, including a Jazz Funk rework of the Charlie's Angels theme. Italian DJ, composer and producer Federica Grappasonni, aka Mistura Pura, looks to the 70's Golden Age of Hollywood TV and the accompanying music for inspiration.

Combining Jazz, Funk and Latin elements with Afro percussion, Mediterranean harmonies, minimal electronic effects, Hip Hop and Nu Jazz beats, Mistura Pura focuses her sound on the "action" element from these '70s soundtracks: scenes depicting danger or tension but also making sure to round it out with moments of love and fun. The presence of percussion in all the tracks with Afro, Latin American as well as Middle-Eastern and Hawaiian polyrhythms round out the album's edges giving it a languid feel. "Hollywood Spritz" with it's abundant Latin vibes would be a perfect accompaniment to a police drama set in LA, New York, Miami or any major metropolis with a vibrant Latino community. Another important aspect contributing to this musical work comes from Federica's extensive, decades-long experience as a DJ digging and spinning rare grooves from Be Bop, Funk, Soul and Bossa Nova. Her familiarity and connection with notable players in the scene gave her acces to record with a talented group of musicians such as pianist Jessica Lauren (Hollywood Spritz, LA Sound 1976, Nuevo Jungo) known for her work in the London Acid Jazz scene, Cuban multi-instrumentalist Lorenzo Patrix Duenas (Looking For The Angels, Intro - The Angels Connection, Charlie's Angels Theme), Italian Jazz pianist Alessandro Gwis (Angels On A Cruise, Jill Is Dancing In The Dark), Mediterranean flutist Carlo Nicita, the king of the Latin rhythms Hector Barez from Puerto Rico, the cool trumpet of Josh Evans (Nuevo Jungo), volcanic percussion work from Gennaro Scarpato (High Tide At Waimanalo beach), Nu Jazz drums from Lorenzo Tucci (Angels On A cruise, Jill Is Dancing In The Dark (with milonga drums)), with the combination of Lorenzo Feliciati (Angels On A cruise) and Marco Siniscalco (Hollywood Spritz) on Jazz bass, oud musician Jean Pierre Smadj (The Arab Connection), and young Italian pianist Alberto Napolioni (Sunset at Venice beach) rounding out the cast. 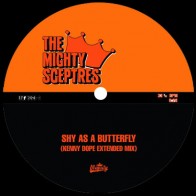