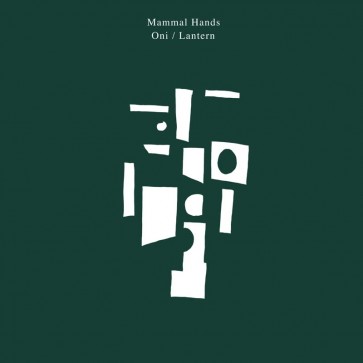 Formed in Norwich in 2012, Mammal Hands, have forged their own path away from the musical mainstream and their unique sound grew out of long improvised rehearsals. Saxophonist Jordan Smart, pianist Nick Smart and drummer and percussionist Jesse Barrett all contribute equally to the writing process: one that favours the creation of a powerful group dynamic over individual solos.

Recorded at the same sessions as last year's acclaimed long-player, 'Captured Spirits', 'Oni / Lantern' is a perfectly formed, strictly limited 12" release that pairs the rhythmic punch of the incessant A-side banger, 'Oni' with a beautiful folk-tinged future-anthem in the wistful, engaging 'Lantern' and with just 500 copies pressed this one will fly!