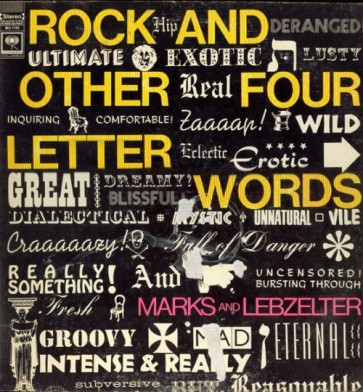 Rock And Other Four Letter Words

Remastered from original tapes by Paradigm Discs' Clive Graham, 'Rock and other four letter words' is a genuinely psychedelic obscurity originally pieced together and released in 1968. The work of one J Marks (1930-2001) and his buddy Shipen Lebzelter (1942-1986), it revolves around a stockpile of cut-up quotes taken from Marks' interviews with rock stars of the time for his eponymous book (essentially a book of photos by Linda Eastman, soon to be McCartney).

The likes of Pete Townshend, Jimmy Page, Brian Wilson, Grace Slick etc. all feature, spliced with progressive rock, wigged-out electronics, tape loops and even gospel songs about baked beans in a unique conflagration of sound poetry, Stockhausen-esque compositional strategy and free-ranging, experimental '60s psychedelia. It's understandably achieved cult status since then, not only for its sampled sources, but also an illustrious cast of contributors including jazz players Alan Silva, Andrew Cyrille, Roswell Rudd and Burton Greene, alongside the studio assistance of John McClure, who produced this, along with 100s of other recordings at CBS, including the Harry Partch records.

Placed in context with other seminal records of that pivotal year - Zappa's 'Lumpy Gravy', Terry Riley's 'In C', Walter Carlos' 'Switched On Bach' - it stands out as a real anomaly, offering similarly positive, mind-boggling sorts of sonic possibilities on one hand, whilst providing an incisive, perceptibly sardonic attitude towards the times, on the other.

Lebzelter would go on to found The Trees Community and release a legendary Christian folk album in 1975, while Marks subsequently changed his name to Jamake Highwater and devote his life to writing about and preserving Native American art and culture. This was their only record together and this overdue reissue is bound to bring lots pleasure to a fresh batch of ears. 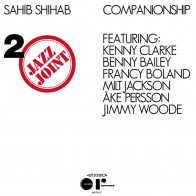