Due to overwhelming demand for our 5LP boxset which sold out on the day of release, here are the first ever official individual re-issues of all five of the iconic Lansdowne recording sessions by the legendary UK jazz combo, the Don Rendell/Ian Carr Quintet.

The five albums; Shades Of Blues (1965), Dusk Fire (1966), Phase III (1968), Change Is (1969) and Live (1969), have reached almost mythical status in the collector's world. Regarded as holy grail artefacts for even the seasoned aficionado, the collective second hand market value comes to an astonishing £6000.

The complete Don Rendell & Ian Carr Lansdowne recording sessions are now available as individual LPs. We located and acquired the original analogue master tapes from the Universal vaults and created masters at Abbey Road Studios to produce audiophile quality 180g pressings replete with replica artwork - shape, design, and even paper stock. No stone has been left unturned to deliver this absolute labour of love to the highest possible standard! Inside is a link to a printable online pdf which contains never before seen photographs, interviews with the remaining living band members and liner notes from BBC Radio 3 presenter and award-winning jazz writer Alyn Shipton.

The band played together for seven years and during this fruitful time they made a plethora of deeply melodic, post-bop British jazz compositions that later on took influences from Indo and more spiritually guided jazz. Produced by the influential Denis Preston and recorded at his Lansdowne Studios in London, the band was primarily made up of saxophonist Don Rendell, trumpeter/composer Ian Carr, and pianist/composer Michael Garrick. This is UK jazz at its absolute finest and is a treasure not to be missed.

“Musically, British Jazz was in a good place at this time, and even today the Rendell/Carr Quintet is referenced as the best small group in British Jazz. Credit to Jazzman for this impressive reissue package”**** Jazzwise

“These albums are masterful insofar as they display the best of small group dynamics – the thrill of the interplay between rhythm and horn sections; the shifting anatomy of the ensemble, breaking down to trio, duo and solo.“ Qwest TV

“You can’t put a price, on the exceptional quality of the music that this remarkable group served up, with their supremely elegant Dusk Fire being the standout” ****Mojo

“This collection is a fascinating document of a band’s evolution in real time. Each record builds on its predecessor and the members take inspiration from a wide variety of sources, but manage to do their own thing at the same time. This is a catalogue worthy of (re)discovery.” NYC Jazz Record

“Jazzman Gerald’s 20 years of detective work paid handsome dividends...that finally makes available some of the rarest and most desired British Jazz recordings of the 60s” ****Shindig 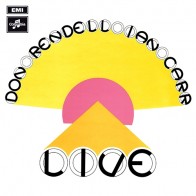 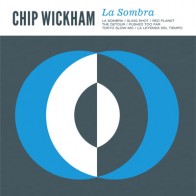