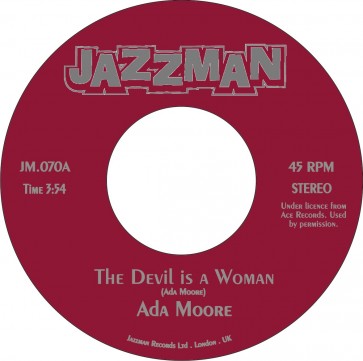 The Devil is a Woman

A smooth and sultry jazz vocal gem made with class and style – a sublime and long-forgotten masterpiece from 1955.

Of Dinah Washington, Bessie Smith and Billie Holiday, Ada Moore wrote in 1970: "They were not just blues singers, they were innovators who took experience directly from the harsh and dynamic areas of life, refined it and gave it the form and beauty that moved us so much."

No doubt Ada herself would have been delighted to be mentioned in the same breath as such established jazz greats, especially with the self-penned ‘Devil is a Woman’ as her theme. Though with just one album to her name it wasn’t to be, though it’s not altogether clear why she wasn’t recorded more.

The album itself was a 10” LP recorded for the Debut label. In the studio were jazz legends Charlie Mingus, Oscar Pettiford and Tal Farlow, and each song displayed her low, charismatic and melancholy style. Her voice has an idiosyncratic yet warm tone that is well suited for jazz, so you’d have thought that more records would be on the way. But it seems she was destined to be more of a stage performer than a studio artist, as she was known to sing at many jazz and supper clubs in and around her birthplace of Chicago, and at theatres on the East Coast such as the Apollo in New York.

Other than that there is little more information on the life and music of Ada Moore. Like Harper Lee, she has left one sole document of her art. Perhaps it’s best that way, then nothing can spoil the music. Ada Moore died in 1991. 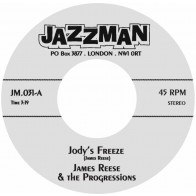